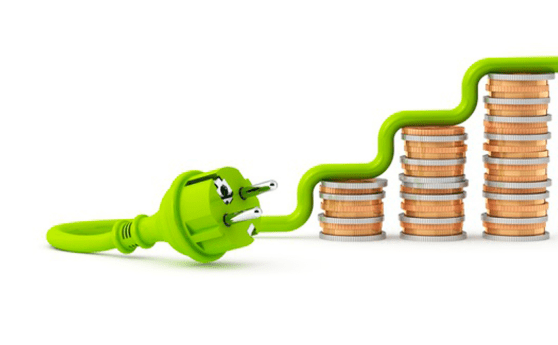 We’ve been seeing an increase in LED lights being used in just about every industry recently. The Super Bowl, for one, had LED lights not only illuminating the playing field but also had LED lights mounted on poles to light up their flat-panel TVs. The event’s parking lot area was also lit up by retrofitted LED outdoor lighting as well.

Currently, we’re now seeing a trend where LED lights are slowly but surely replacing 3 billion traditional screw-based sockets. Homes are now seeing the emergence of the LED light (or light-emitting diode). This is mainly because LEDs use about 80% less energy than traditional incandescent light bulbs and last longer, about 25 years longer.

There is no doubt that LED lights are going to be the most efficient go-to lighting fixture. We’ll definitely see them light up all our pathways, streets, and highways in the future. These energy-efficient lights will most likely be used for about 12 hours a day and will be able to help save operational costs along the way as well.

It takes a lot of cash to light up roughly around 100 million outdoor lights in the United States. This is not only for the basic light your way to see where you’re going concept, but also for security purposes. To look at the numbers, the United States consumes about $10 billion worth of electricity to light outdoor lights every year. That’s the equivalent of six million homes consuming electricity. The power source used to light up these outdoor lights usually is coal-based. Now, the main problem with this power source is that it is not eco-friendly. Coal-based power plants emit tons of carbon dioxide which is the pollutant that contributes to climate change.

Former President Obama has also seen the benefits of upgrading outdoor lighting when he issued the Presidential Challenge for Advanced Outdoor Lighting. This challenge, taking the Department of Energy’s lead, validated the effectiveness of the LED light through demonstration projects. It also aims to develop guidelines for interested businesses and communities that are interested in getting LEDs into their system.

At present, there is only less than 5% of outdoor lights are not LED light bulbs. So, you can see that the potential for savings is huge. According to a Department of Energy report, a total shift from traditional lighting to LED outdoor lighting can produce a $6 billion per year total savings. That also means that there will less carbon dioxide emission per year, 40 million metric tons to be exact.

Should more communities, garage owners, and parking lot owners make the switch to LED lights, a huge reduction of pollutants can be seen and felt. They will also be saving more money and energy in the long run as well.

Yes, the initial cost for installing LED lights will be quite hefty. However, the overall savings from the usage of LED lights will help you get your investment back quickly. You’ll also contribute to the betterment of the environment by not emitting fewer pollutants to the environment. These reasons alone make LED light upgrades such an enticing solution.

We can definitely see a transition to a more energy-efficient product in the future. Outdoor LED lighting has numerous benefits to taxpayers. Communities can save a lot of money with LED lighting and also help the environment now and in the future. It’s a win-win situation for each and every one of us.